Employers who allow social media users to go unchecked in the workplace by having no clear and robust policy in place are simply asking for trouble.

A ruling upholding the dismissal of a long-serving employee over inappropriate social media use underlines the essential need for clear workplace policy in this area. In the recent case of Plant v API Microelectronics Ltd, an employment tribunal rejected the employee’s appeal that her dismissal had been unfair. Mrs Plant had been employed by the firm for 17 years and there had been no previous disciplinary issues during her lengthy employment. 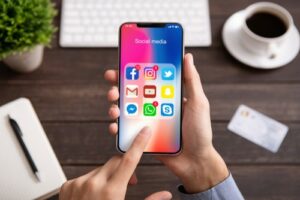 In 2015 API Microelectronics Ltd implemented a clear social media policy. The policy detailed examples of things that employees should not do when using social media, including making comments that could harm the company’s reputation.

Furthermore, the consequences of breaching the policy were clearly laid out and the firm reminded staff that Facebook’s privacy settings cannot be relied on for complete privacy around comments.

Later that year, the company announced it was relocating. In response to this, Mrs Plant posted the following on Facebook: ‘PMSL (pissing myself laughing) bloody place I need to hurry up and sue them PMSL’. At the disciplinary hearing, Mrs Plant claimed that she did not realise that her Facebook account was linked to her employment and further stated that her comments were not directed at the employer.

A decision was taken by the company to dismiss her and this was again upheld on appeal. Now, a tribunal has further upheld that position. The tribunal stated: “The claimant was aware of the policy and one assumes she read it, she must have been aware what was and what was not allowed…

“It may be seen as harsh but the respondent, taking account of the claimant’s long service and clear record, nevertheless dismissed for a clear breach of the policy and that would fall within the range of a reasonable response open to an employer.”

The ruling again highlights the need for a robust policy on social media usage.

Without the clearly defined expectations and guidelines detailed in API Microelectronics’ policy the outcome in this case could have been different.

A HR Team survey last year found that 80% of businesses in Derry and Donegal have no set ground rules governing social media use in the workplace. Without policy, employees may have little or no understanding of how social media use can impact on their employment. Employers should clearly define within the policy what they consider to be appropriate and inappropriate use, and detail the consequences of the latter – all of which, in this case, API did.

Frequent and regular training and communications around the policy can also aid the employees understanding of expectations. Employers who allow social media use to go unchecked in the workplace by having no clear and robust policy in place are simply asking for trouble.

HR Team can help with all aspects of employment law advice, including how to devise and implement the right social media policy for your organisation. Contact us now to find out more.